For an accounting practice, wasting time is like stopping the production line. So the last thing you want is inefficient systems, right? 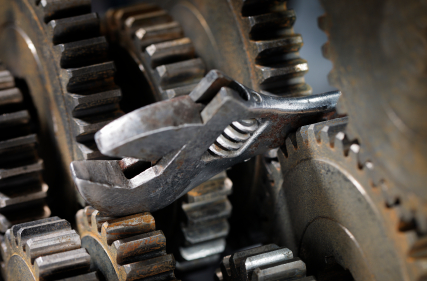 OK look…I’m just going to say it. Our users don’t much like WorkflowMax so far. It might end up giving us great information on how the practice is tracking, but the process of getting the data in there – the day-to-day use of WorkflowMax – is cumbersome.

Call us cave-people, but we still believe that time costing for billing our work has its place. I could go into the reasons why, and perhaps I will in a separate post at another time. But for now, suffice it to say that’s how we roll. We’re happy to quote and work for a fixed fee based on a reasonable estimate when required. And we may not bill everything we record. – we often absorb time as client service or value adds. But we want to record all of our time . And besides, often the decision as to whether to bill or write-off doesn’t reside with the person entering the time, so by default all time needs to go to the job at the time of entry until that decision is later made by management. We know there are many others in the industry who agree with us and in fact many of our clients ask for it. 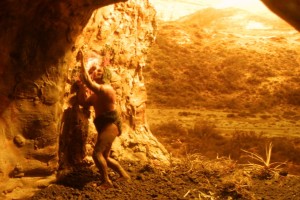 Primitive accountants lived in the constant shadow of danger. But perhaps the greatest threat of all was a timesheet that wouldn’t reconcile.

From our experience to date, using WorkflowMax in this kind of environment leads to wasted time. And that matters. Xero have said they want to give the accounting industry a shake-up. We welcome the rattling of some cages and we reckon Xero has the products to fundamentally shift the way accountants operate. We’re believers! But to really do it well, they’re going to have to have a time recording solution that is flexible enough to be used in a variety of ways. For those practices that operate in the traditional fashion – recording time using timesheets – WorkflowMax still needs a bit of work to make the experience a pleasant one for the user.

A typical manager’s timesheet may have 50 or more lines on it each day. And for every one of those, WorkflowMax requires that there be a job in the system.

Often then, this leaves you with one of two options:

How could this be fixed? We can think of at least three ways.

Finally, just one observation about the overall vibe. The whole process of recording time just feels very ‘webby’ and isn’t geared towards rapid data entry. I’ve discussed already how having a table of some sort that allowed for fast entry and editing would improve that no end. Being able to create jobs on the fly would also help.

But even the programming and layout makes frequent use a time-consuming process. I’m no developer, so forgive me if this is way off, but it seems to me that if it were programmed using different tools (e.g. Ajax), this would allow for rapid data entry and editing without having to click and save each individual entry and then wait for the page to render before you can move on. The ‘slow and steady’ approach is compounded further by the fact that there’s actually a bug where if you are too fast it can record an entry twice, which has also been infuriating our users.

Do we have a mutiny on our hands? Not at all. The reality is of course that we’re used to living with a system that we’re not entirely happy with, so we’re no worse off. And actually, up to this point, we love Xero. So if we’re assessing things on balance – replacing what we had with a combination of Xero and WorkflowMax – we still feel like we’re miles ahead.

Further, if the practice management capabilities live up to the promise, even if there were no hope on the data entry side of things, we’re happy to live with a compromise. We’re really excited about the wider possibilities of WorkflowMax. But we have to call it how we see it too. 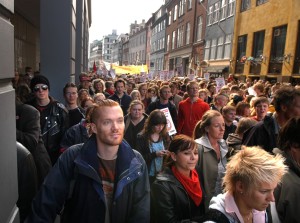 Taking it to the street, accountant style! WHAT DO WE WANT?! Minor improvements to data-entry efficiency! WHEN DO WE WANT IT?! Sometime in the future, though generally we’re pretty happy so please don’t interpret this as dissent or a vote of no confidence in your overall product offering!

We know that Xero listen and respond to what their users want. So we’re asking Xero to have a look at this and see if they can find a way to make entering time quicker and more efficient.

But we also want to hear from you. So I’m about to get all ‘chain letter’ on you. Send this out to everyone you know! OK, not quite – but hear me out. I know that not everyone is interested in reading our little travel diary and that’s perfectly fine. In this case though we’d love to hear from as many WorkflowMax users in practice as possible – even those that aren’t following us. So we’re sending a shout out to any accounting practices that use WorkflowMax, and we’d love your help. Let us know in the comments – what do you think? How do you use WorkflowMax? And how do you get around the ‘lots of little jobs’ issue? We’re hoping that together we might be able to collaborate on a workaround.

And by the way – we already know about the ‘abandon the timesheet’ solution. We’re looking for an alternative.

10 thoughts on “Workflow (not quite to the) Max”