You may have noticed we’ve been a little quiet lately. More likely you don’t really pay us that much attention. Either way, it’s probably time for a situation report. What’s been happening over the last few months? 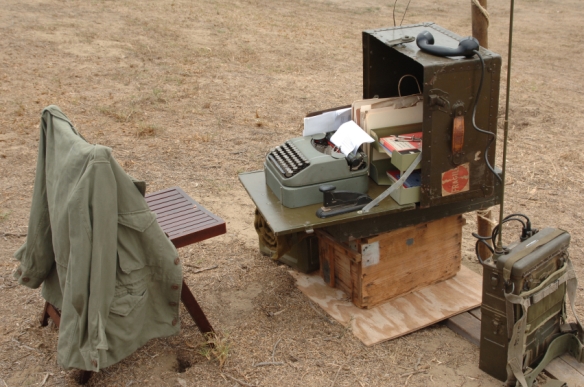 After the initial invasion of Normandy during World War II, the Allies were forced to pause and regroup. They’d moved forward at such a rapid pace that they had stretched their supply lines too thin. They needed a break. Without that pause, they risked undoing all of the good results they had so far achieved. Troops were tired, limited resources were needed in too many places at once, and morale was depleted as the initial enthusiasm of early victory waned.

We’re no war heroes, and this is not exactly the liberation of a continent! But in the last couple of months or so we’ve had the opportunity to take stock of everything we’ve done so far, and we’ve come to the realisation that we also may have moved a little too fast.

2012 was quite a year for us. This time 12 months ago we were (un)happily plodding along with the same software we’d been using for more than a decade. Now here we are using a cloud based SME product for practice management and general ledgers. And blogging about it!

We had big, bold plans to change everything. And as soon as possible! The truth is it hasn’t been without its difficulties which, when you really think about it, is to be expected. Sure, Xero and WorkflowMax are essentially products for small to medium businesses. We should be able to get our heads around them pretty quickly, and in that we feel pretty comfortable with using these products with and for our clients. But at the same time, internally we’re discarding a pretty complex practice management system and some long established processes and practices, and as we’ve progressed, we’ve learned a lot more about the magnitude of the task.

Even the office gossip mascot needed some respite.

So where did we get to? By the end of 2012, troops were tired, limited resources were needed in too many places at once, and morale was depleted as the initial enthusiasm of early victory waned. We needed a break.

For us this means putting aside some of our wider aspirations to radically transform the practice – just for a short time – to focus specifically on the day-to-day functions that make our practice tick. Instead of doing many things passably, we need to concentrate for a while on doing the important things well – tasks like recording the time that it takes to do our work, managing our workflow and invoicing and monitoring the performance of the practice. This is all taken care of by WorkflowMax.

We gathered the whole team together late last year and met with Tim from Focus Growth Strategies (FGS) to go over some of the problems we were having. What wasn’t working and why wasn’t it? We discussed the rollout and associated problems in three main areas:

Here’s what we learned.

Tim Callcott from FGS working on his manifesto while we vent.

General Usability – For our users, the main issue is (as it has always been) the size of each person’s job lists. This develops primarily because all time in WFM must be allocated to a job, and accountants in public practice tend to work on a lot of jobs! It’s not ideal, but it happens. What we learned was that our job lists had become so unwieldy that any purpose for WFM beyond the basic task of entering time was being largely ignored. We know that WFM is capable of so much more, and yet after six months all that our team is doing with it is recording time. It serves no workflow management purpose at this stage, mainly because people are too discouraged to bother using it this way.

Invoicing – From an invoicing perspective, we’ve found WFM to be pretty flexible. We’ve been getting our bills done, and for the most part we’ve been doing it more efficiently than with our previous system. The big problem we had though was in tracking which jobs were ready to be billed. Team members were setting jobs to ‘complete’ to get them off their lists, but then because these were ‘complete’, they weren’t showing as being ready to be billed. There are some minor reporting gripes too, especially in not being able to set date ranges for individual WIP reports (which was discussed in our ‘All we want for Christmas‘ post late last year). There was also some difficulty in getting accurate WIP reports because of fixed fee invoices that were being prepared in Xero. These were coming through to WFM to show as invoices, but weren’t reducing WIP balances, so balances in WIP soon became meaningless. We fixed this last issue by moving our fixed fee billing back into WFM.

Practice Management – Finally, from a practice perspective, we aren’t really using WFM as we’d dreamed we could have. As directors, we need information about how the practice is performing. Because our previous system had very little reporting capability in this regard, we had developed quite complicated monthly reporting systems using Excel to give us all the KPI data we needed for the practice. We dispensed with that when we brought in WFM, but we’ve never really worked out how to get that same information out of WFM.

Again, practice-wide the overall conclusion has been that we are using WFM to the bare minimum level.

This whole process has illustrated again for us the advantage of having a partner working with us who knows the terrain. After giving the team an ‘open mike’ session to air their grievances, we’re starting to develop workable solutions in conjunction with FGS. I’ll detail some of those solutions in later posts.

It’s also be great to have Xero listening. We know that Xero has big plans for WFM, and we’re looking forward to seeing many of our problems addressed as WFM becomes more and more tailored for the specific needs of accounting practices.

So it’s not perfect. But what system is? It’s been worthwhile going through this process and realising that with some tweaking, even in its current form, we can get WFM to work as a practice management solution.

Two things we know for sure. Firstly, this is costing us a lot less than a dedicated accounting practice suite, and not only is it no worse, in many respects it is much better. And secondly, in 100% of cases so far where we have discussed the Xero approach with our clients, they’ve been blown away. On the client-side, the hype is justified and the marketing material is not exaggerated. Clients do love it, and it does bring economies to the whole relationship that allow for better service delivery. That alone makes it worth the effort.