There’s a war raging right now amongst accounting software providers. The spoils are potentially massive, and as in any war, the propaganda campaign is almost as important as the actual fighting. 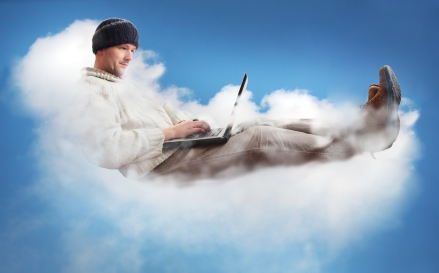 Hopefully it’s pretty clear by now that we think the future of the accounting practice lies in collaboration – between accountant and client – using a single file for data entry and report preparation. So we’ve put our future in the hands of Xero.

But this isn’t an exclusive relationship. We’re free to see other people. We believe in many cases Xero is the perfect accounting solution for businesses in Australia. But we don’t want to force a square peg into a round hole. There may be any number of reasons why a client may not want or need Xero. Perhaps they already have a solution they are comfortable with, or maybe there are some features that they must have that are not yet readily available in Xero. Whatever the reason, it’s not our intention to compel our clients to use Xero where they don’t want it or it won’t suit.

To that end, we had the opportunity to trial an alternative ‘cloud’ solution a couple of weeks ago. This product is touted as being ‘2nd generation cloud’. In this ‘2nd generation’ world, Xero and others are supposedly ‘1st generation cloud’, requiring a constant internet connection and possibly a stripped down feature-set to make the experience browser friendly. ‘2nd generation cloud’ installs fully functional desktop software locally and syncs data files to a central online repository when it can. The benefit lies in the fact that a user can continue to work offline, when internet access isn’t available, using a suite of software that is far more feature rich.

A few more happy workers on their way to the cloud.

Or so says the propaganda. There’s a difference though between the official account of proceedings and the reality of the frontline. What follows is a real-life story of one recent battle we had with ‘2nd generation cloud’.

Let’s set aside for now the general experience of many that syncing type solutions traditionally cause problems. If you’ve ever sync’d anything, be it your contacts or Evernote data or whatever, you know that it’s often a recipe for losing information. Let’s even allow for the fact that this was a trial and so perhaps there were still some bugs to be ironed out. We still ended up with a pretty clear picture of where the future of the cloud lies.

In short, our morning went something like this (and make no mistake – it did take an entire morning to sort this out):

Versions? Installation? Really? One of the things we’re desperate to free ourselves from is the constant productivity drain of wrestling with different versions. The software provided by the two biggest players in the Australian market are updated frequently, and each update requires a new installation to be able to access your client’s data. There are even times where you seem to have the same version as your client and still can’t open their data file. Each mid-year release or service pack requires an updated data file that will not work in any other version. I’m not sure we’ve ever totally understood why the versioning in SME accounting products has to be so specific. It’s like getting a Word document that has been created in Office 2003 and not being able to open it in any other version and even worse, not even being able to open it in Word 2003 if the creator has installed a minor service pack and you haven’t! This endless versioning cycle and the restrictions that come with it is something that costs accountants money in lost time. The cloud promises to put an end to this by having everyone on the latest version, all the time. Or it should.

And what happens if I’ve borrowed a computer or I’m working from a tablet? This isn’t how it’s meant to be! We’re no experts, but this doesn’t seem like cloud to us.

Calling this ‘2nd generation cloud’ is like calling regular postage ‘2nd generation e-mail’. Sure, today’s mail systems are far more ‘electronic’ and take advantage of the internet and other connectivity advances to improve processes and add services. But e-mail it ain’t!

And neither is this ‘cloud’. Call it 2nd generation desktop if you like, but not cloud. It uses online storage. It allows a degree of collaboration. But this is not what the cloud is meant to be – at least as far as we’re concerned. 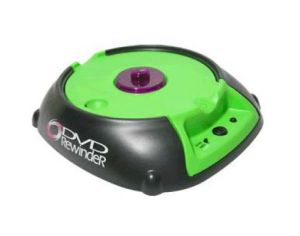 If you’ve ever been to Adelaide, you may know that we have this crazy one-way freeway that changes direction half way through the day. It allows traffic to come into the city in the morning, then funnels it out in the afternoon, but it only ever goes one way at a time. It’s an infuriating construction, mainly because it always seems to be going in the wrong direction whenever you want to use it. The truth of the matter is most likely that the funds were not available at the time to do the job properly, and so we ended up with half a freeway. In typical government spin though, it was hailed as the ‘world’s first reversible freeway’ – or superlatives to that effect. Perhaps there was a reason why nobody else in the world had done it? Marketing hype can’t mask reality once you start using a product.

Spin it however you like, but as far as we’re concerned, there are no ‘generations’ when it comes to the cloud. There’s cloud, and then there’s everything else.

On Monday morning our server went down. We were offline for most of the morning. These are the times you can see with clarity what the goal is and why it’s so appealing. 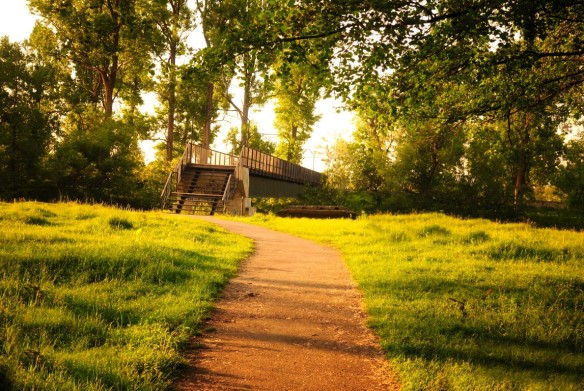 I’m not going to say that I haven’t experienced moments of doubt with what we’re doing. Even blind panic has shown its face on more than one occasion. But what’s interesting about this journey so far is that like many things in life, the agony and the ecstasy are inextricably connected. We’ve had a few frustrations. But it’s precisely because the goal is so enticing that we have had times where we feel challenged. A life without servers!

There was an interesting article posted this week by Sholto Macpherson at cloud-computing advice site Box Free IT. You probably need to read it if you want to make any sense of the rest of this post. Reading between the lines, you can see that there is some concern amongst the incumbents at Xero’s success in changing the landscape. But ultimately what stands out the most to me is that I’m just not sure that the major players really get it. 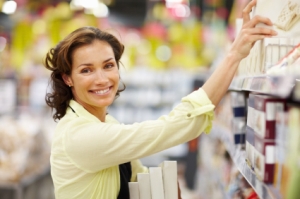 “I came because I didn’t know any better, but I stayed because it would cost too much to change. Call me a fan!”

I’m not convinced that accountants stick with what they know because they are loyal. Don’t get me wrong – I think they would if it were that simple. But I don’t think that ‘pedigree’ is the reason accounting firms stay with a software vendor. Buying an enterprise level accounting solution isn’t like going to your favourite supermarket. It’s not a matter of going back to someone you trust each time because they’ve been around for a while, or they smiled at you as they sliced your ham. In fact, the barriers to changing software are so great that it would really be impossible to know what a customer thought of your product if return business were your only gauge. We can testify to sticking with something we really didn’t like, enduring exorbitant price rises year on year whilst getting almost no product development in return, simply because the thought of changing was too overwhelming. And even if we could get through it and were willing to wear the cost, we couldn’t be confident of seeing any real improvement at the end of the process anyway. Does that make us loyal?

It reminds me of Channel 9’s response to criticism of their Olympics coverage. Citing the ratings numbers as evidence of a successful package really tells you nothing of the quality of the broadcast. Unless your viewers have a pay TV alternative, where else do they have to go? If they love the Olympics, they’re going to tune in even if Eddie McGuire and James Brayshaw call every event! Does having no other viable option mean that your customers are happy?

This is entirely anecdotal, but based purely on my discussions with accountants over many years, I can’t remember meeting anyone who’s gushing about how fabulous their systems are. I can’t recall ever being regaled by tales of how software has completely transformed the way a practice operates. Instead, most accountants will tolerate anything if it means getting the job done each year. And the price they pay for this grudging forbearance is significant. For us, it was just under $20,000 a year in maintenance.

So this is the point. Why did it take something like Xero for us to make the switch? It wasn’t because we could replicate the features we had in our existing suite of software, but rather because we couldn’t. Why take the risk for something that basically does what we’ve always done, with perhaps some prettier user interface features and fancier reports? And at a significant cost in both software and hardware? Xero brings a completely new paradigm for running a practice, and the price makes it worth the risk. Especially when you know that others have already successfully implemented it.

When we’re done, it won’t matter if our server goes down. Will we even be using it for anything other than some storage of old data? Even if our internet connection drops out, we now have two services with two different ISPs (one ADSL, one wireless) so we’d just switch connections and carry on.

It’s true, as Sage managing director Alan Osrin said, that “Cloud programs such as Xero’s WorkflowMax Practice Manager…would take a long time to match the features of the server-based incumbents“. We’re wrestling with that to some extent right now. But is that the goal? We don’t want software that will match the traditional way of doing things. We want something completely new. Otherwise why change?

Don’t even think about it…

Server-based, enterprise level software solutions ultimately represent the same way of skinning the cat. We chose Xero not because it replicates but because it innovates. We can already see so much potential for positive change. There are ways of doing things that we hadn’t even considered possible.

If you’ve been following this journey, you’d know that we’re not here to tell you that it’s all beer and skittles. We’ve already discussed some of the hurdles we’ve had to get over so far and we expect there will be more to come. It happens with any new system, and even more so with one that requires a transformation in thinking. There are still some things that we think Xero need to take note of if they want to capture a big slice of the market (my next post will be a review of Xero so far – the pros and the cons). And Clive Rabie of Reckon is right on one thing at least – Xero needs tax, and sooner rather than later!

But this isn’t about finding another master to shackle ourselves to for the next decade. We don’t want a system that does what we’ve always done in a prettier way. This is a flight to freedom! If you want to make it to the Promised Land, you sometimes have to spend a bit of time in the wilderness. Uncertainty and change are scary, but we think the prize will be worth the effort.